posted in September of 2022

Superior Management has made a donation to BirdofLight to support the people of Ukraine. Zhanna Galeyeva was a New York City resident who founded the organization on the eve of war. Since that time the organization has grown considerably. If you are interested in helping you can learn more about it here.

Fox 20th Century chose 23 Leroy Street to film an episode for their upcoming season of American Horror Story. We cannot comment further for fear their makeup department will dress Mr. Jingles as an attorney and serve us with a shellacking the likes of which hasn’t been seen since Marbury v. Madison.

Ms. Maisel’s took over Leroy Street for the Amazon series upcoming season. The film crews carefully transformed the block by covering any indicia that we currently live in the 21st century. This included hiding modern glass, camera systems, lights and bringing in 50’s style automobiles. HBO also did some filming on West 10th Street at the same time for an upcoming series.

The production for a new Comedy starring almost recognizable actors filmed yesterday at 31 Bank Street. The screwball production had its cast fancifully costumed and prancing about the street. The production also made certain additions to the premises including a fake demolition order from the City of New York. We didn’t have to ask to get one longtime resident Jill Furner’s opinion of the whole charade, ‘It was terrible, I thought they were finally taking the whole building down to make it a condominium for the rich people!’ Meanwhile neighbors were vexed to find their parking spots closed for the day. You’re welcome, Bank Street.

Superior Management donated hundreds of N95 masks this week. The masks were ordered months ago before there was even a notion of a pandemic, and to be frank we had forgotten we had even ordered them! In possession of authentic N95 masks, and given the local shortage of protective equipment, we decided to donate them to the Lenox Hill Health System located on Greenwich and 7th Avenue. The hand-off went smoothly and they were grateful for the help protecting their staff from potential exposure. We have also enacted enhanced cleaning procedures in all of our buildings to help prevent the spread of COVID-19.

HBO filmed two episodes of its ‘Flight Attendant’ series last week at 284 West 12th Street. The production utilized two apartments in addition to Cafe Cluny, and featured a special effect which will be prominent in the upcoming drama. In addition, HBO also retained the basement apartment at 31 Bank Street for its ‘Love Life’ series set to premiere later this year. All further filming is suspended pending the outcome of the shelter-in place order.

Superior Management, Inc. is committed to ensuring accessibility for all persons with disabilities. We are continually improving the user experience for everyone, and applying the relevant accessibility standards.

Blue Bloods recently wrapped shooting at 296 West 11th Street in preparation for Season 10, which will premier in 2020. Superior was pleased to once again work with the film industry. The production was interested in a traditional five story walk-up building on a pristine block in the West Village. We can only assume that they once again caught the bad guy!

Amazon recently wrapped shooting at 31 Bank Street and 50 Bank Street to film an episode of their latest show ‘Modern Love,’ which will premier on Prime later next year. The film studio was interested in the New York character exhibited by these properties and the idyllic Bank street block.

posted in September of 2018

We have installed the Latch access control system in most of our building lobbies. This system works in tandem with your smart phone. We hope Latch will make access to your building easier and more convenient. Joining the latch system is solely at your option and traditional keys will continue to provide access.  You may now generate numeric codes for guests. You can also unlock the door by opening the app and placing your phone approximately one inch from the lock. Access codes will be generated for package delivery companies such as FedEx and UPS, which will allow them access to the lobby as well. This way you will have fewer missed package notices. If you do not receive the initiation to join latch email please contact us and we will forward it to your attention. We hope you enjoy the new lock and it’s many features and we wish to thank Jet.com and Latch for partnering with us on the installation!

CBS and Marvel just wrapped filming at 46 West 21st Street and 284 West 12th Street, respectively. Marvel was shooting for their latest Captain America franchise while CBS filmed for their hit TV show ‘The Good Wife’. 284 West 12th Street is a particularly popular location, having racked up over a half dozen major film credits in recent years. Despite it’s popularity, the property has been reduced to waiting by the phone for days at a time for audition call-backs.

Redleaf Capital has retained Superior Management to oversee its latest acquisition, 46 West 21st Street in the Ladies’ Mile Historic district of Manhattan. This property was the former home of the Fox Police Lock Company and will be completely restored to create four floor-through apartments and a retail space. Plans are currently in development and Superior anticipates a mid-2019 completion date.

Moving, cleaning, or hiring a handyman has never been easier. With taskrabbit.com you can hire an assistant to help pack your apartment, hang your flatscreen TV, or have your apartment cleaned. A few hours of hired ‘taskrabbit’ time can save you countless hours of stress and energy. One of the tricks with taskrabbit is to wait until a day or two before you need your taskrabbit’s help as the prices tend to drop. Good luck with your task!

The caped crusader was spotted leaping from a fire escape at 172 Prince Street. After disarming and tying up two violent gang members of a notorious criminal element, the dark knight vanished. Police reported that the vigilante left behind his telltale calling card. Some people think that the sighting was related to the filming of the hit TV show Gotham, but not everybody is convinced. One resident and retired accountant, Giorgio Giacometti said, “In these troubled times, I’m just glad there’s someone looking out for the rest of us, you know?”

Black Tap has gone viral on social media. The excitement is over their creatively concocted milkshakes. They make them look really yum! We spied a crowd extending from the corner of 8th Avenue and 14th Street that ran all the way to 7th Avenue. They are located at 248 West 14th Street.  Read about it here.

An affiliate company of Superior Management has sold approximately 10 acres of land in the North Sea section of the Hamptons. The property formerly contained Jet East nightclub and will be returned to preservation land by the Town of Southampton.

Residents may now send us text messages, just send a text to 212-243-7757 and someone will get back to you from 8:30am to 5:30pm M-F. We also plan to use the service to send building wide alerts. You may use the service to arrange maintenance requests. You can even text us an image or video.

Vanderbilt Street Capital and Boston Road Partners have retained Superior Management Inc. to oversee their latest acquisitions, 217-221 Vanderbilt Street in the Windsor Terrace section of Brooklyn and 2521-2527 Boston Road in the Bronx. The properties consist of two four unit apartment buildings and a retail strip consisting of five stores. Superior plans on stabilizing the properties and making many improvements in the coming months.

posted in September of 2015 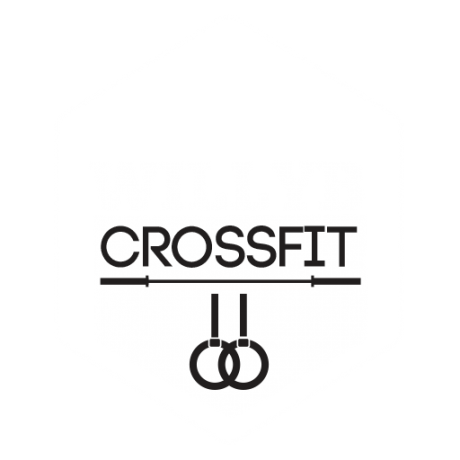 Get ready to elevate your fitness, Williamsburg. Willy-B Crossfit has leased the retail space located at 667 Grand Street. Crossfit will take advantage of the double height ceilings to implement a ropes training course. They intend to open towards the end of 2015 after an extensive equipment fit-out.

posted in September of 2015 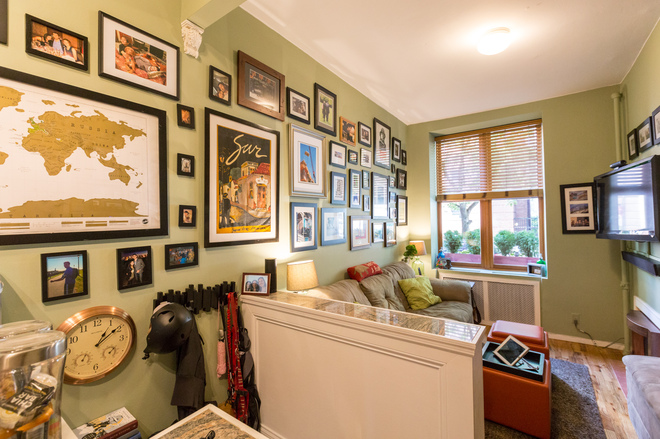 We would like to congratulate two residents for the successful transformation of their Gramercy duplex. This was accomplished through a series of ingenious improvements. They are certainly raising the bar, so grab your carpenter belts and get to work!

An affiliate of Superior recently purchased 350 Franklin Avenue in the active enclave of Franklin Square, Long Island. The property features 6000 square feet of retail space that will be divided into three stores. The space is currently undergoing renovations and will be updated with modern finishes. The spaces are available rent, for more information contact Smith & DeGroat Real Estate, 516-248-6905 x207

We are pleased to announce our new PAPERLESS BILLING service. Effective with the January billing you will have the option to receive your monthly rent bill via email. This new service is FREE and takes just a few minutes to enroll.

Rent bills are processed on the 15th of every month. Tenants who register before the 15th of the month will receive the next monthly rent bill via email. Enrollments after the 15th will have to wait 1 billing cycle to begin receiving invoices via email. This service is optional. If you wish to continue to receive your bill via regular mail you do not have to do anything. There is no option to receive both paper and emails. Also note that our online payment system and the new paperless billing system are completely independent of each other. 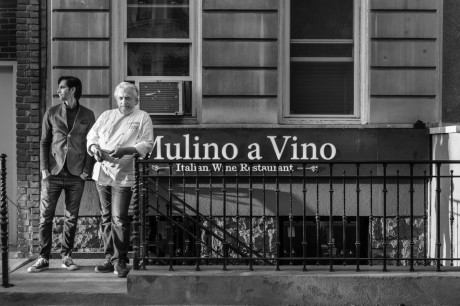 Superior announces the opening of Mulino A Vino at 337 West 14th Street! Superior and Mulino successfully joined teams in order to bring about the attractive renovation of the space. Chef Davide Scabin, known for his two Michelin star Combal.Zero in Rivoli, Italy, has brought his culinary genius to New York City. Eaters will delight in a unique wine restaurant format, where they will make dining and wine choices with the assistance of specially trained wait staff. Read more at Eater here. 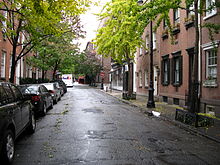 A tenant of 63 Bank Street, Ms. Donna Florio, has been featured in this Sundays Real Estate Section. We had no idea that Sid Vicious lived on the 2nd floor, thanks for the intel Ms. Florio! The article can be found here.

The New York Times has featured an algorithm to help roommates sharing an apartment to split the rent in an equitable fashion. After trying it a number of times we can vouch for its effectiveness. You can find it here.

Wall Street Journal Features Up & Down

The creative team behind the nightspot Up/Down has been featured by the Wall Street Journal. As noted in the article, upstairs has the uncanny appearance of a hotel lobby and references to FOMO abound. Up/Down is located at 244-6 West 14th Street, was formally Nell’s Nightclub, and is where the music video ‘Big Poppa” was filmed. 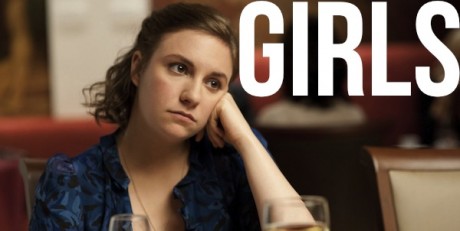 ‘Lena Dunham, who plays Hannah Horvath, was spotted filming a scene while sat at a table in Downtown Manhattan’s Felix restaurant.’ Read more: Link to Article

Superior Management is pleased to announce that Greatest Vapes LLC has signed a long term lease for 2,850 square feet of retail space at 900 Route 70 West, located in Cherry Hill, New Jersey. The property is currently tenanted by New China Moon Restaurant, and Vapes will serve as anchor for the retail strip. The store will be transformed into a tobacco-free vaporizer lounge and salesroom.

FILED UNDER: Uncategorized
Page 1 of 212»